A Day Out at Harry Potter Studio Tour. 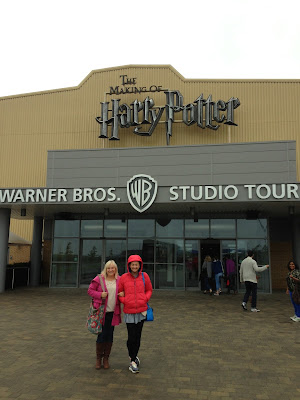 Hello there, I hope you all had a good weekend, can you guess where we went???? Yes, on Saturday we went to the Harry Potter Studio Tour, London, we had bought Paige tickets for her 18th birthday, back in July.

Paige is a massive HP fan, she watches the films and reads the books over and over again, another big fan is my friend, Kerry, so it went without saying that I would ask her if she wanted to come with us!!!! I have never read the books and have only seen the first film, so I was the tag along. 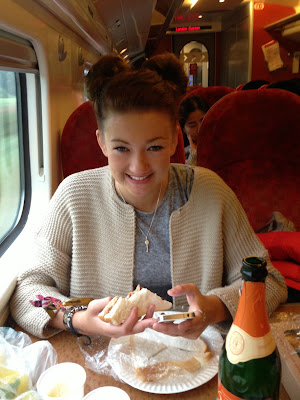 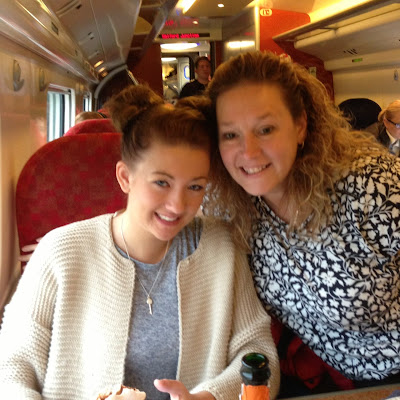 We decided to catch the train down there, it was only an hour on the train and so much easier than driving. Even though Paige's birthday was a couple of months ago, we treated it as a birthday celebration, Kerry packed us a yummy breakfast picnic. We had Bucks Fizz, smoked salmon and cream cheese bagels, Danish pastries and Paige had her sausage butty. 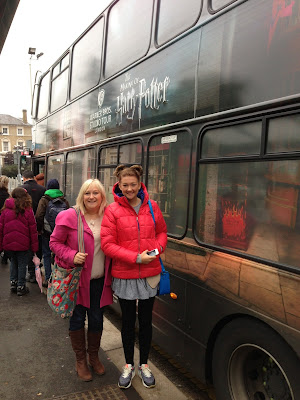 Once we arrived, there was a courtesy bus to the studio, everything was so effortless. We actually arrived an hour before our time slot but we asked if we could go through early, which they were absolutely fine with. In fact, all the staff were so nice and helpful, nothing was too much trouble. We asked if we could have a HP passport so we could have them stamped in each area. They are only for children, normally but as soon as they knew it was Paige's birthday gift, they brought us one each and a "Happy Birthday" badge for her and every member of stall wished her a Happy Birthday, when they saw her badge. 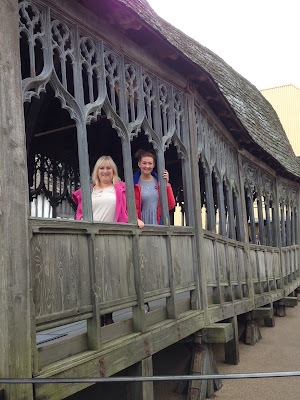 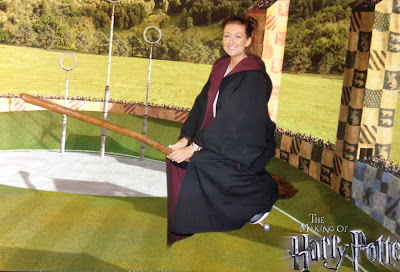 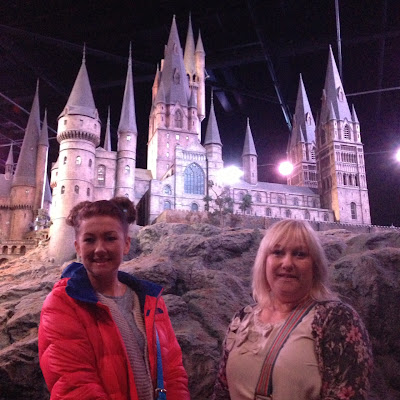 When I walked into the Model Room, it took my breath away, there was a 360' view of a hand sculpted 1:24 scale of Hogwarts, it was amazing and blew me away. We had such a fantastic day, I didn't realise the work that goes init making a film, down to all the tiny details. I'm a Harry Potter convert and can't wait to watch the films and read the book, now. I would highly recommend going, we are hoping to go back nearer Christmas to see Hogwarts in the Snow.

Have a great week.
Deb x

Jealous! What a fabulous la hanau gift! Your daughter's so cute. Loved her bun buns.

I took my eldest and her friends for her birthday last year - what an amazing and memorable day! Glad you grown-ups had as much fun! Chrissie x

It was decorated for Christmas when we went in December. Glad you enjoyed it x

Soooooooooooo jealous!! Looks like a blast!! LOVING the photos!!!!

What a fabulous day out! xo