Mini Georgie Baby Blanket........and a couple of other FO's 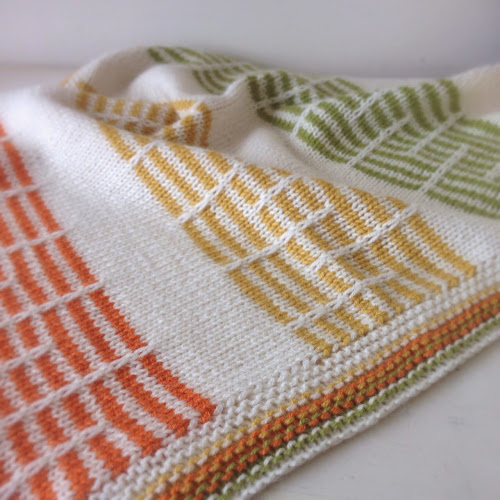 Hello my friends, are you ready for the weekend? I'm off to the seaside for a couple of days, the last weekend away before my grandson arrives in about four weeks time and I've finished the Mini Georgie Baby Blanket in plenty of time for his pram and car seat. 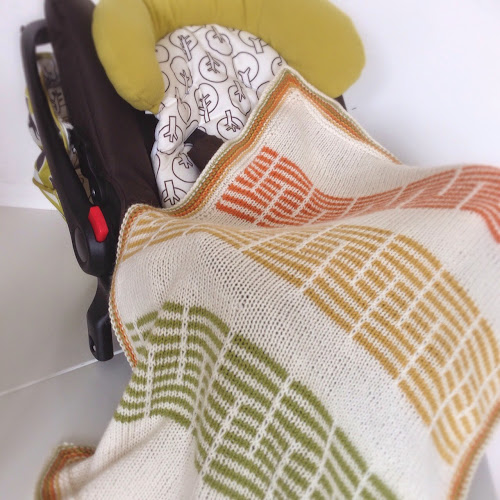 I absolutely love the Georgie Blanket by Helen Stewart, it is so versatile, it's suitable for a boy or a girl depending on your colour choice, you can make it as small or as large as you like and it's quick to knit. 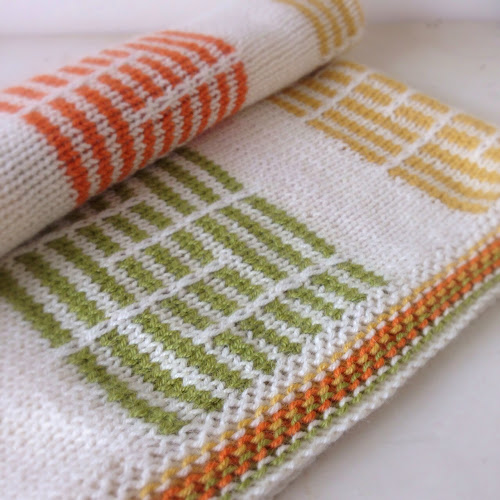 I used Rooster Almerino DK which is beautifully soft, the original pattern uses four contrast colours, you can see my larger blanket here. I just used three contrast colours for the mini version in Gooseberry, Starfish and Custard, the main colour is knit in Cornish. 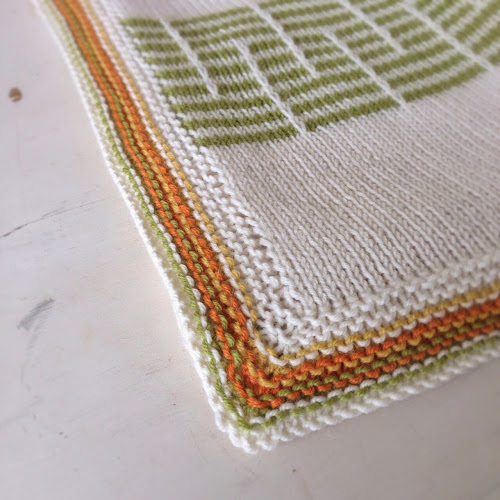 I only had three balls of the main colour which was left over from another project and knew I probably wouldn't have enough to finish the border, rather than buying another ball of Cornish I used the contrast colours for the border. 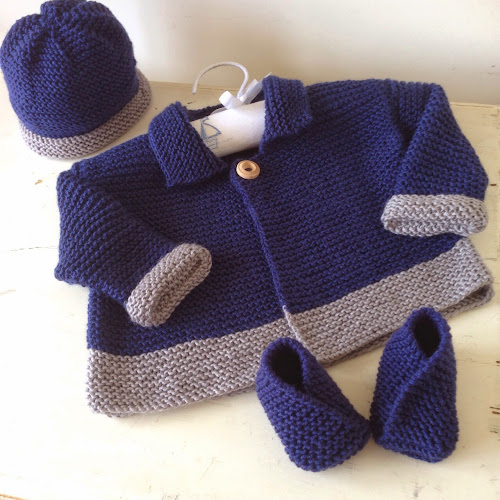 Another project I've finished for my grandson is a little garter stitch set including the Garter Stitch Jacket, Garter Stitch Hat and Origami Bootees. 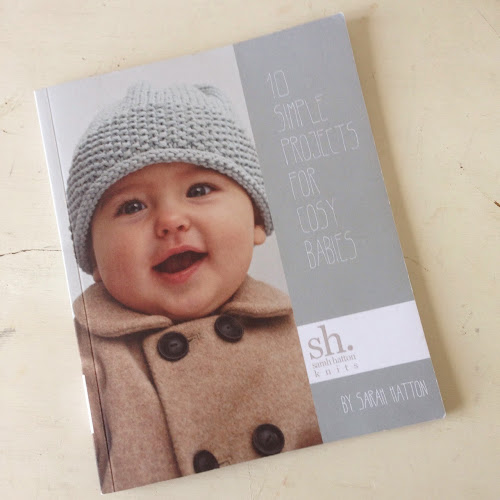 All these projects are from this great little book, 10 Simple Projects for Cosy Babies, this is a great knitting book for beginners but also for more experienced knitters who want a quick project. 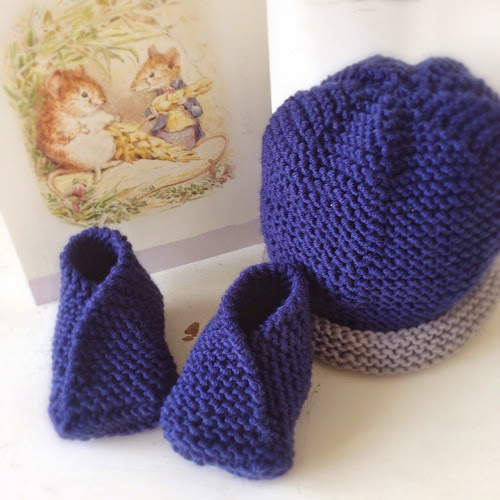 I originally knit the hat as the pattern was written which you knit flat and seamed but I didn't like the seam, it was too bulky so I frogged it and knit it in one piece on DPN's. I will add a couple of wooden buttons to the bootees to match the jacket. 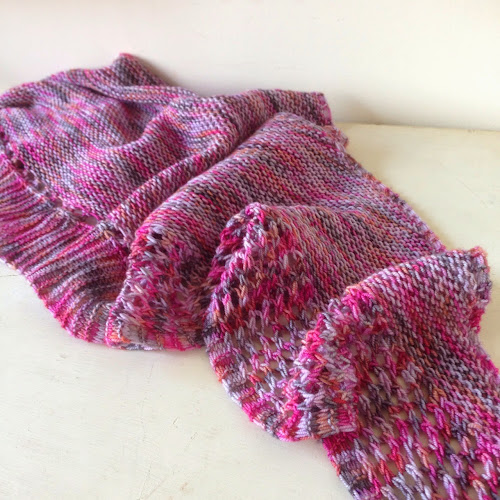 I've also finished something for me, it's the Menehune by MskiKnits, this was the pattern that you knit along with Mel on her With Mel Podcast. This is such a great concept, each episode, Mel gave us another section of the pattern, it's a small shawlette and we finished to over four episodes. 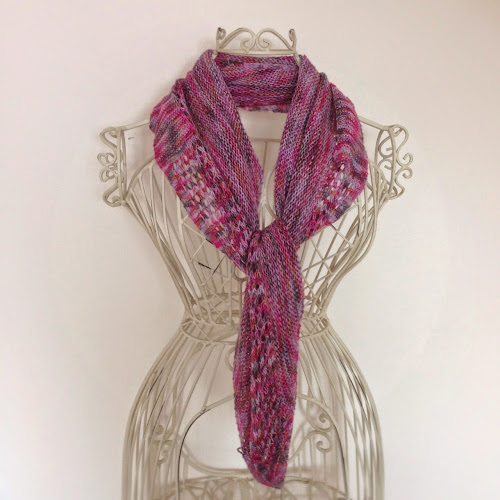 I will be mostly wearing it as a scarf, perfect for those cooler Autumn days. 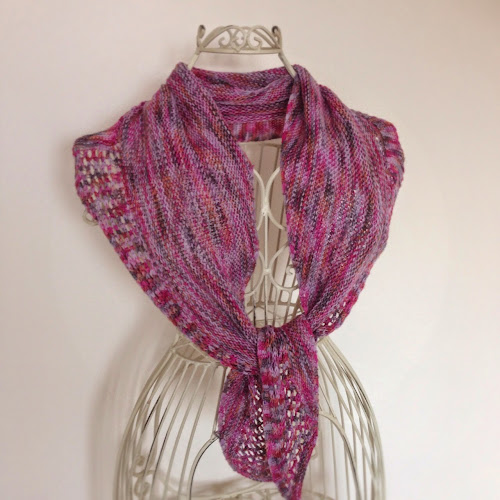 I will take it to the beach with me this weekend though and wear it like this, over my shoulders when it gets cooler.

So that is it for my FO's this week, all very simple knits but I love each of these patterns. Have a great weekend.

Everything is BEAUTIFUL!! I loveeeee the little hat, jacket and booties set!!!!!!

All fabulous of course. I love the colours in that blanket I am saving that combo in the back of my brain it is great for boys or girls. Jo x

Love, love, love the blanket and your Menehune!

The baby knits are cute, but I really like that pink shawl. Thanks for stopping by my blog!

Every time I come and visit your blog I'm always amazed at the amount of lovely projects you've made Deb, your baby knits are adorable as is your pretty shawl! Enjoy your weekend away, Ira x
Ira’s Crea Corner

Hi Deb, hope you are having a lovely weekend away. Love the coloured edging on the mini Georgie blanket and the outfit is so sweet! Gorgeous Menehune! Best wishes, Pj x

You know how to turn them out. Bravo!