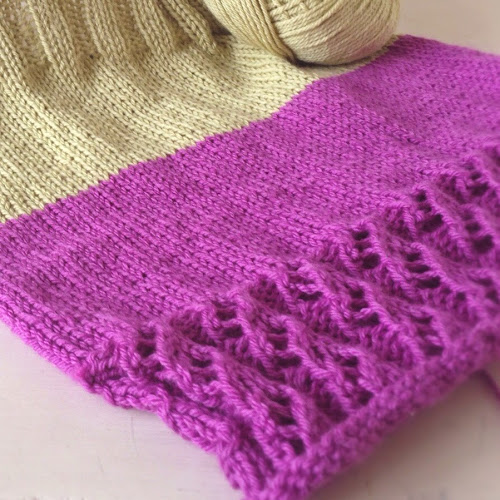 Hello my friends, how was your week? I've been busy knitting for Christmas, I'm hoping to give all my close family a handmade gift this year, at least those who I know will appreciate them ;-) 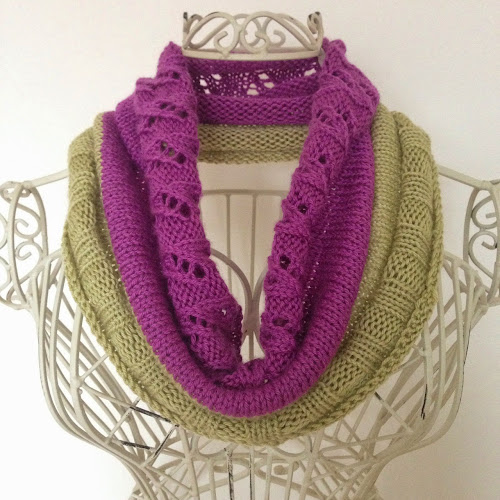 I've finished the Lind Cowl, it was super quick to knit up in 4ply, the pattern has the choice of two sizes and I went with the small. I'm wearing it as I write this post, it is sooooo warm on my neck, it's suppose to be for my mom, I don't know whether to keep it for myself or I could knit another one.

I love how it's turned out in the heavier weight yarn (the original was knit in lace weight), it's the perfect size to pop on with a winter coat without been too bulky and feeling as though you can't move your neck. Don't get me wrong I love bulky cowls when you're going for a walk on a cold, frosty morning but if you're going shopping or just jumping into the car, this is perfect.

I used Rowan Cashsoft 4ply in 461 Fushia and 458 Almond which has been discontinued, I think it's still available though in some retailers. I used the recommended needles on the pattern of 4.5mm and 5mm, which gives a nice drape, you could knit it on smaller needles but it would be a more structured cowl. The finished dimensions once I'd blocked it were 24" circumference and 12" long which wasn't far off the pattern. I'm now looking forward to the next Knitvent 2014 pattern which is released on Tuesday. 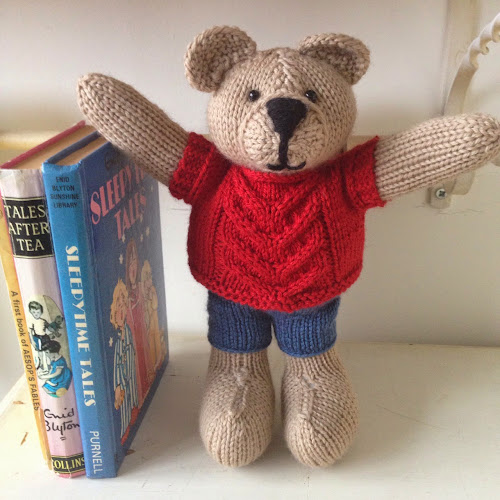 Next up is the super cute, Mr Bakery Bear by Kay Jones, he is for my little nephew and I know this little teddy is going to be very loved. I knit him in Cascade 220 in the colourway 9499 Sand, his clothes were knit in Rowan Cashsoft DK, you don't need a lot so any leftover DK would work. 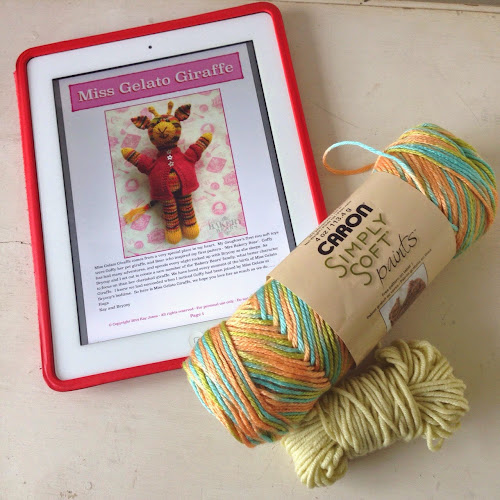 Kay has just released her latest pattern today, Miss Gelato Giraffe, I fell in love with her when they showed her on their podcast and got my supplies all ready for the release. If you haven't seen the Bakery Bear Podcast, you should check it out, they are a husband and wife team who both knit, it's a really fun podcast and always makes me smile when I watch them.

She is going to be for my baby grandson, I'm knitting her in Caron Simply Soft, a worsted weight, varigated yarn. It really is soft for acrylic, I never usually use an acrylic yarn but I wanted something that could be washed and I loved the colours, perfect for babies. I'll be casting this on later so I'll show you the progress next week. 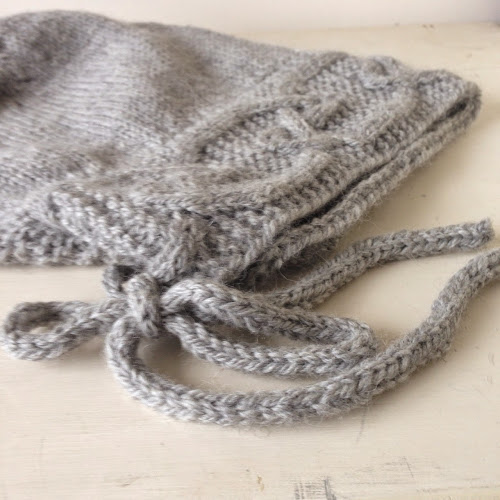 Last but not least, I finished the Ardvasar Hat from Issue 6 of the Pompom magazine. It's the third one I've knit as I love how this hat looks on, it has a pretty cabled band and just the right amount of slouch. This one is for my sister, she said how much she liked it when she saw me wearing mine. It's probably not the easiest pattern to knit as the cable is quite fiddly but it's totally worth it. 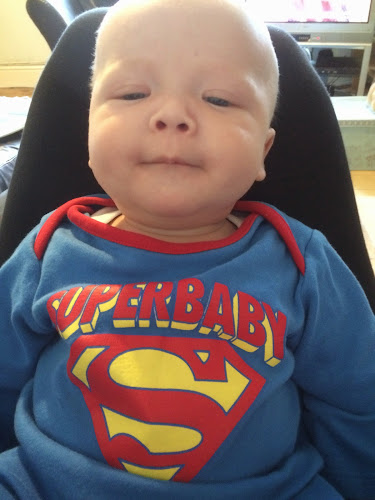 I'll leave you with a photo of my precious little Superbaby. Have a great weekend, I'll be having lots of cuddles from this little man over the weekend and I'm also meeting up with some crafty friends. I haven't seen some of them for 12 months so I can't wait to catch up with them.

That teddy bear is ADORABLE and so is that grandbaby of yours!!!!!!!

Love the colors of your Lind Cowl! Adorable teddy bear and the giraffe pattern looks fantastic! Can your Superbaby be any cuter? I don't think so! :)

All beautiful gifts! And Superbaby is getting so big! What a cutie!

OMGOSH, he is precious. I wasn't too hold and smell him. Lovely projects you showcased in this post. That bear is extraordinary. It's so cute.

Missed you. Look at the bear it is tremendous, so real and such a classy outfit. Hope you and your family are well. Jo x

That bear is cute beyond words. Your world is just full of cute these days!