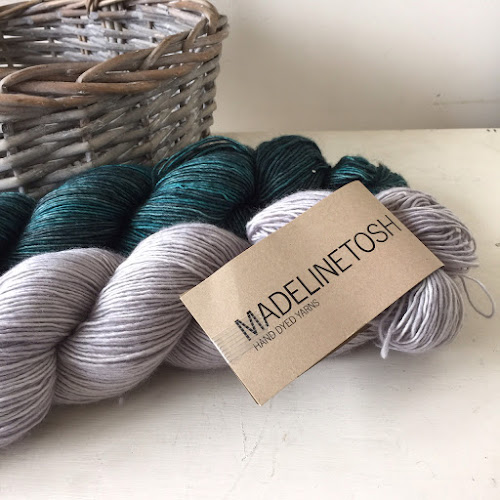 Hello my friends, well I haven't left it as long as before and I'm really going to try and pop in each week, if I can. I just wanted to let you all know that the Summertide Shawl MKAL by Helen Stewart has gone on sale as a pre-release. The summer is coming to an end and the kids are back to school so now is the time to cast on something just for you. The first clue will be released on the 10th September so you can have fun picking out the perfect yarn for your shawl in the meantime.

Helen has kindly offered my readers a 25% discount code until the 10th September and you will get four clues, one each week. I really love this shawl and can see myself casting another one on so I can join in the MKAL, so many things to knit so little time!!!! The DISCOUNT CODE is.... imagine25 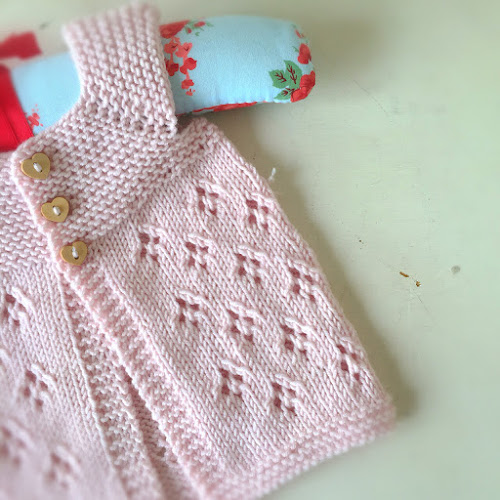 I'm having to work on one project at a time at the moment, not having much free time and when I saw that Maria from Stitched in Sweden had released a very sweet baby knit, I had to cast one on. It's called the Ria Vest and is a top down seamless sleeveless top with a pretty little eyelet design, the sizes are from Newborn to 18 months. I had some MillaMia Naturally Soft Merino in my stash so cast on straight away. I knit the Newborn size which only took the one 50g ball and was super quick to knit, this one is going to my friend's granddaughter who is due very soon. 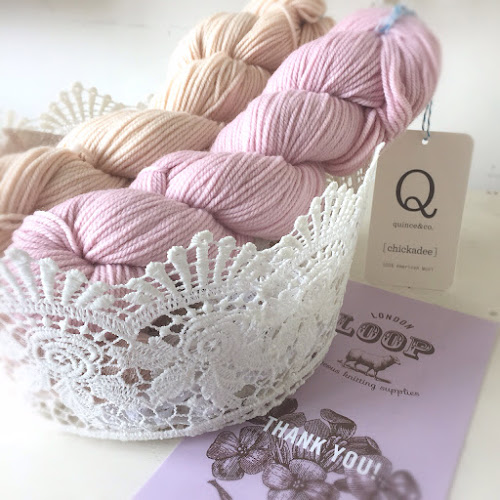 Maria used Quince and Co Chickadee in the pattern which is a yarn I've been wanting to try for such a long time that I decided to treat myself. It's an American yarn and there aren't too many places that stock it. In the UK, I bought mine from Loop based in London. I chose Petal (peach) and Dogwood (pink) and the reason I decided to knit another one and my colour choice was because.......... 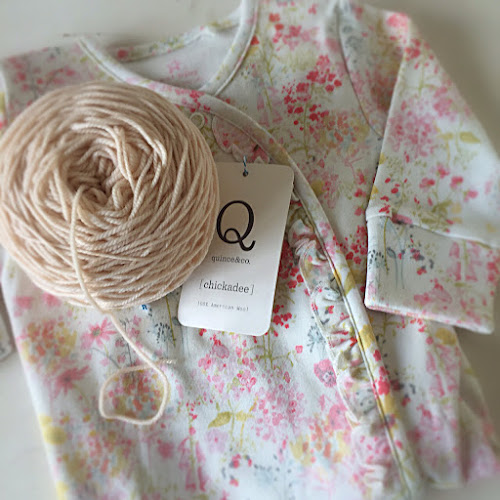 I'm going to be a Nana again and I'm having a little granddaughter, there are so many things I want to knit for her and the list just keeps growing. 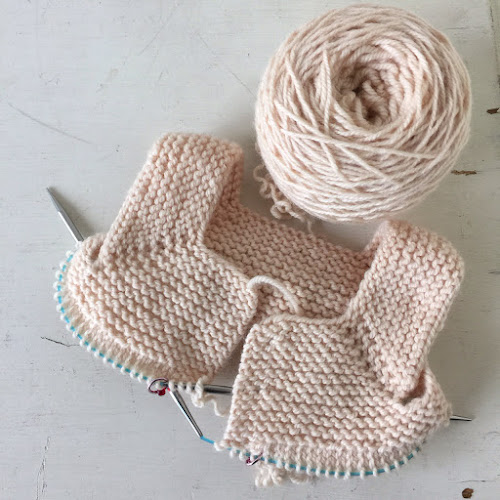 I've just cast on in the Petal colourway as I thought it went perfectly with the little sleepsuit that I bought for her. My next project for her will be a colourwork ballerina style cardigan which I had my eye on when she first found out she was pregnant with Caiden. I'll let you know when I buy the yarn and cast on, there's even a matching teddy bear which I really need to make too.

It's been a while but I'm participating in Nicole's KCCO and Ginny's Yarn Along.

Thanks for stopping by and I'll see you all next week.

Lovely yarns!
This is my first Yarn Along. I can't believe I waited so long to pursue it. SO FUN!

I'm knitting with Quince & Co. Chickadee for the first time and I really love it. What a cute vest. I may have to add that to my LONG list of to-knits.

You always knit such sweet things. Your colors are always so soft and comforting. The vest is just the thing I've been looking for. I have a friend having her first child and was gifted a hank of this lovely sport weight yarn. It is a perfect newborn present and since I have till mid November. I should be able to get it done. Thank you for sharing!

So good to hear from you and here about your granddaughter. Have fun knitting lovely soft and sweet things for her!

Ooh, congratulations! I love the sweet vest knit. I will try Quince & Co. one day. I wish, oh I wish I could join the MKAL but I have too much to do already with holiday gifts and my charity project for the year.

I say congratulations on the announcement of your second grandchild with my whole heart -- and a bit of envy. Despite have two kids in their 20s, there are no babies in sight. And I've developed an itch for one. Oh, well. As long as the kids are happy ...

I have knit one hat with Quince and loved it. It is a bit pricey, but I think I'll eventually knit at least one more hat with it!

Congratulations on your news. Your baby vest is delightful and your yarn choices are gorgeous.