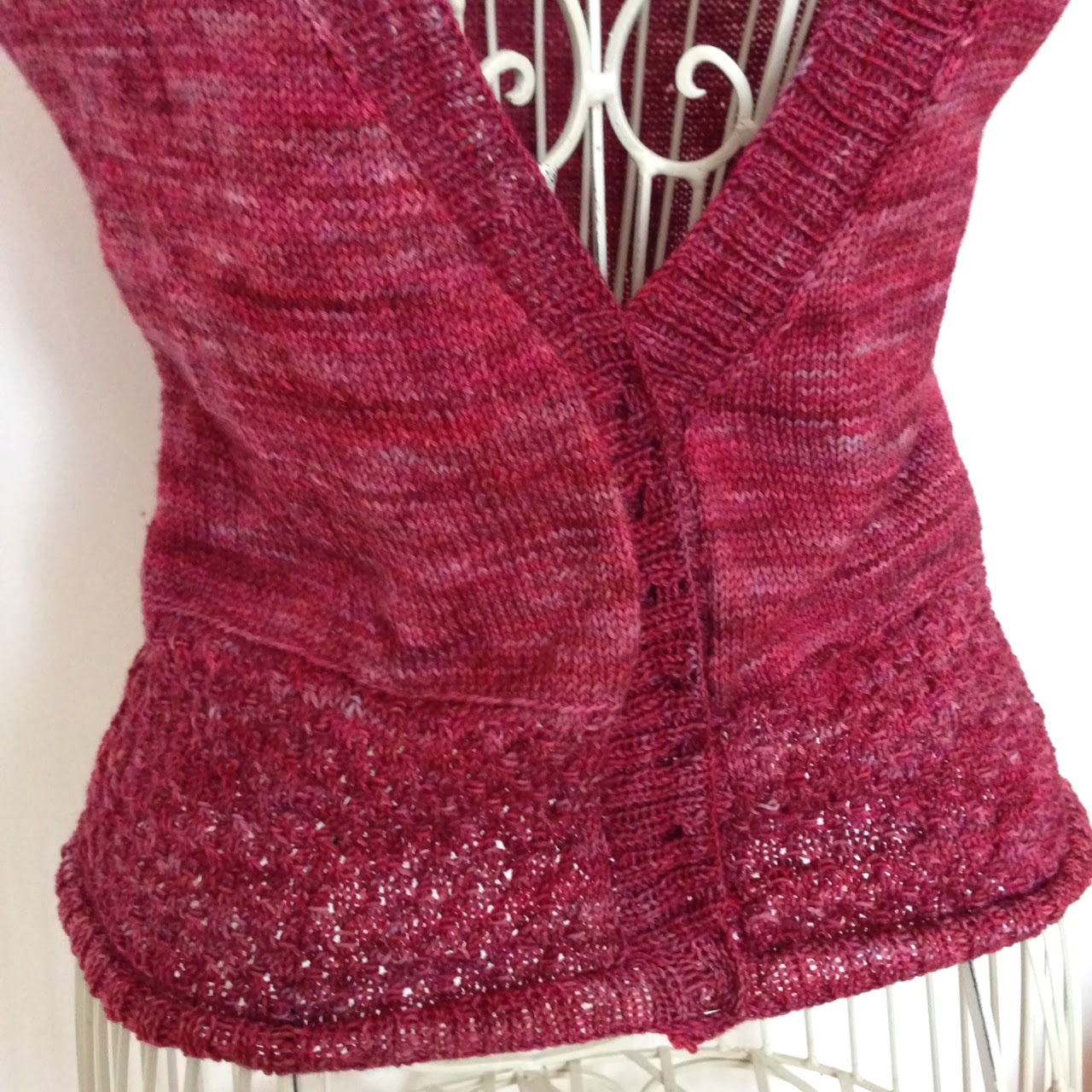 Hello my friends, how was your weekend, my husband and I had a great weekend at Clevedon, very relaxing not doing much. We had a look around the shops in Hill Street, there are some wonderful little gift shops, then at the top of the street we found a gorgeous Bistro called The Cellar which served  Tapas and Champagne, two of my favourite things!!!!!!!!!!! After having a bite to eat, we dropped the bags off at the hotel and walked down to the seafront, it was sunny but cold so my Spate Mitts came in very handy. I love watching and listening to the waves crashing against the rocks, I could have stopped there all afternoon but Hubby was getting a bit restless so we made a move. 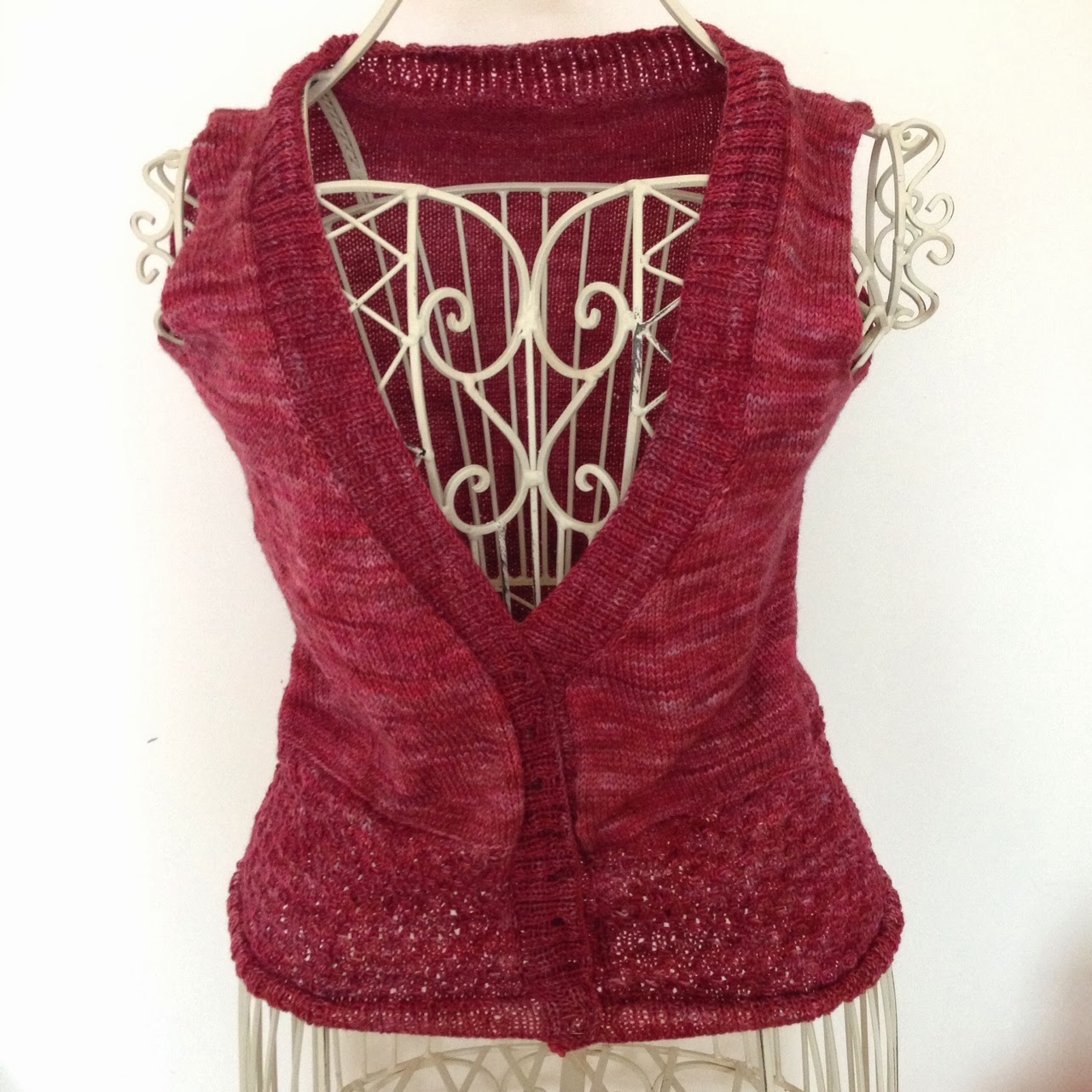 Week 5 of the Must Stash Halele'a KAL ended on Sunday and I have finished the Copy Cat stitch, picked up and knit the button band. 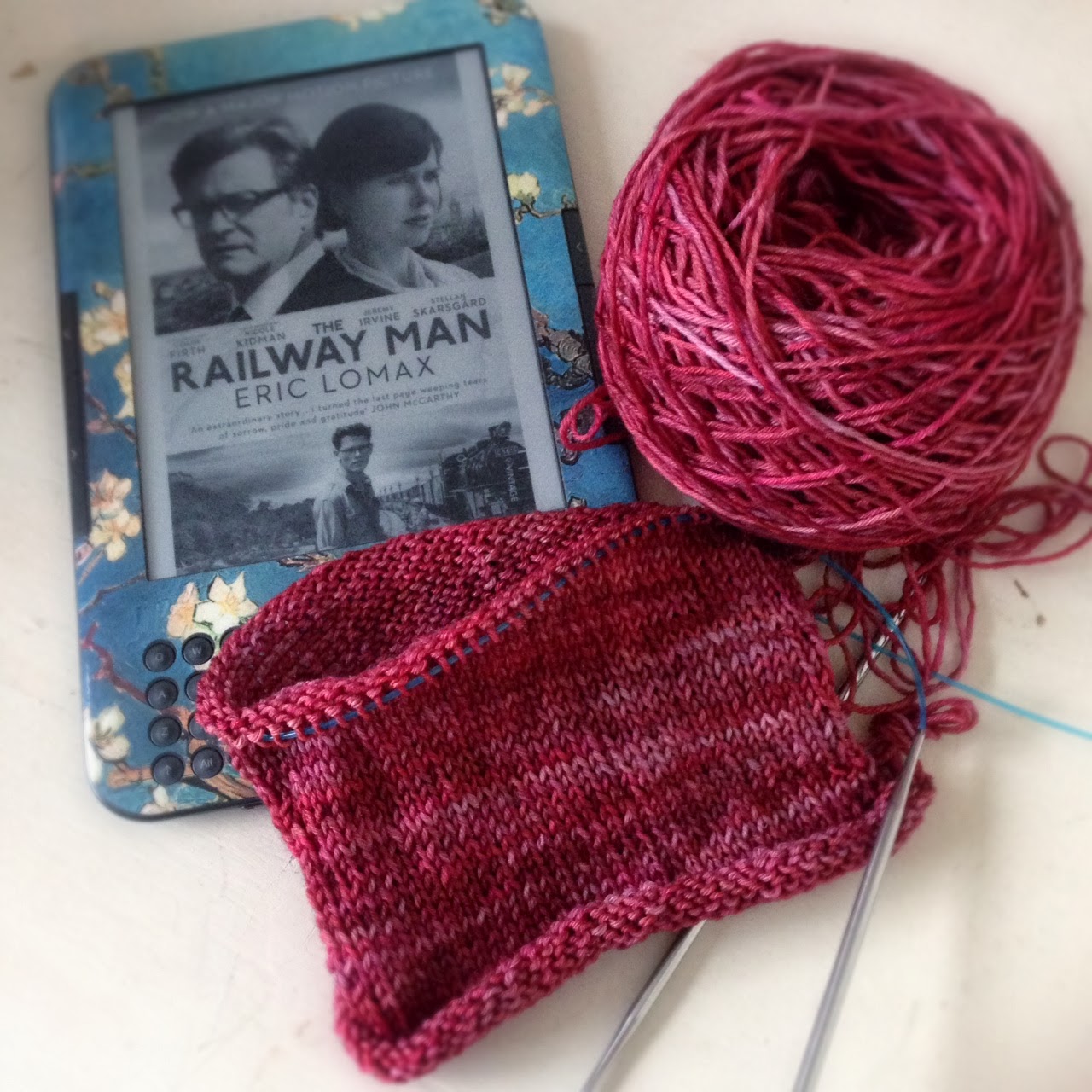 Week 6 is all about the sleeves, I've cast on the second sleeve, the stockinette section doesn't take long as it's only a small portion of the sleeve then you pick up and do more of the Copy Cat stitch, I think I'm going to do the 3/4 length but I might change my mind, I'll try it on first and see what it feels like.

I finished The Husbands Secret by Liane Moriarty, it was definitely a page turner, I'm not going to give too much away but it's quite sad and I didn't expect the ending. I keep thinking, I wonder what I would do if I found out this life changing secret but saying that I wouldn't have opened the letter so the story would have been totally different. 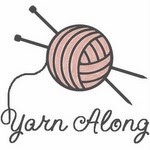 I started a new book, last night called The Railway Man by Eric Lomax, its a true story about Eric Lomax who was forced to work on the Burma-Siam Railway by the Japanese and tortured for making a crude radio. It's been made into a film staring Colin Firth, one of my favourite actors, I always like to read the book before seeing the film, what do you prefer to do? I always find that I enjoy the book more than the film. Check out Ginny's Yarn Along, this week. 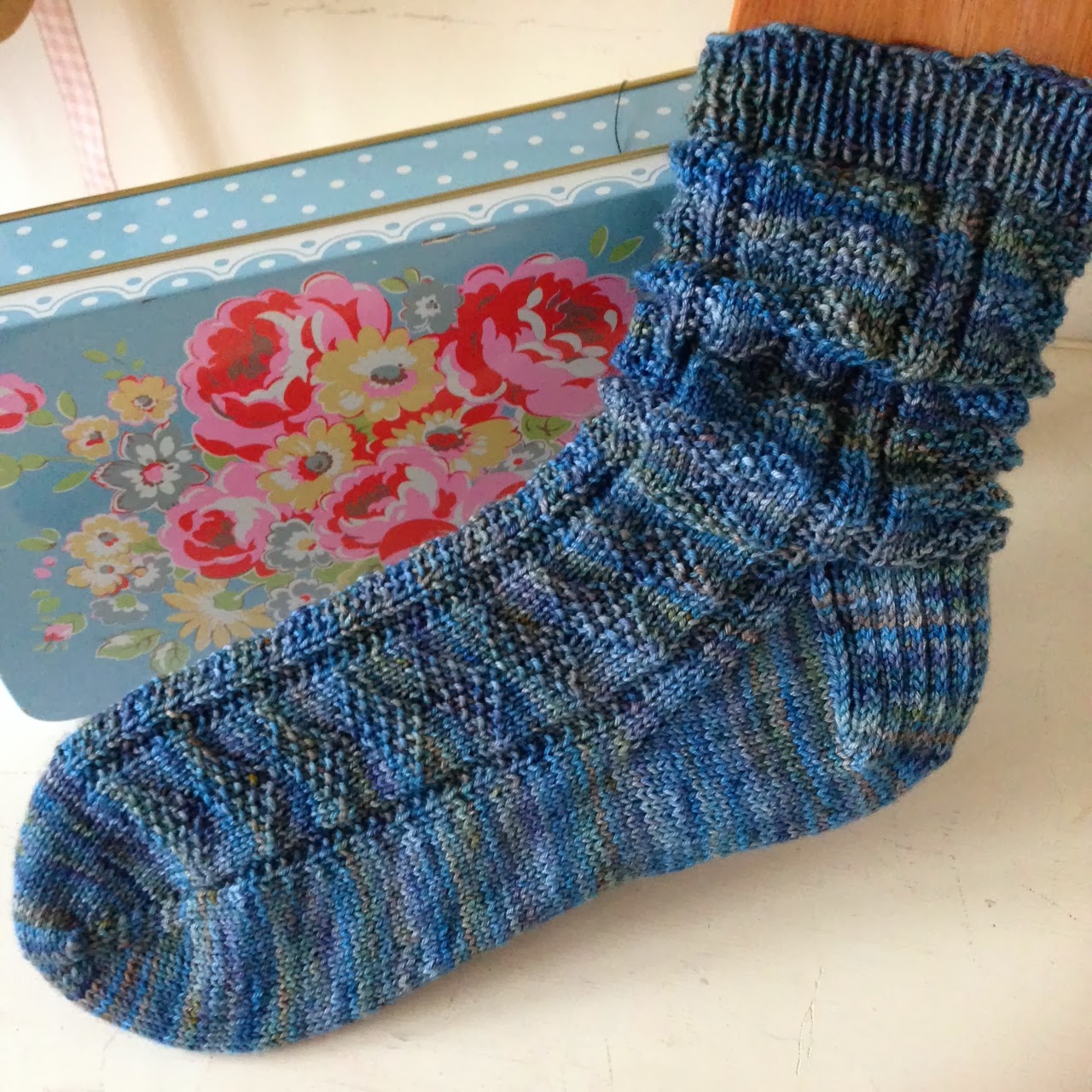 I've finished the first sock of the Gansey Diamond By Wendy D. Johnson, it's a nice simple pattern, easy to knit whilst watching TV. 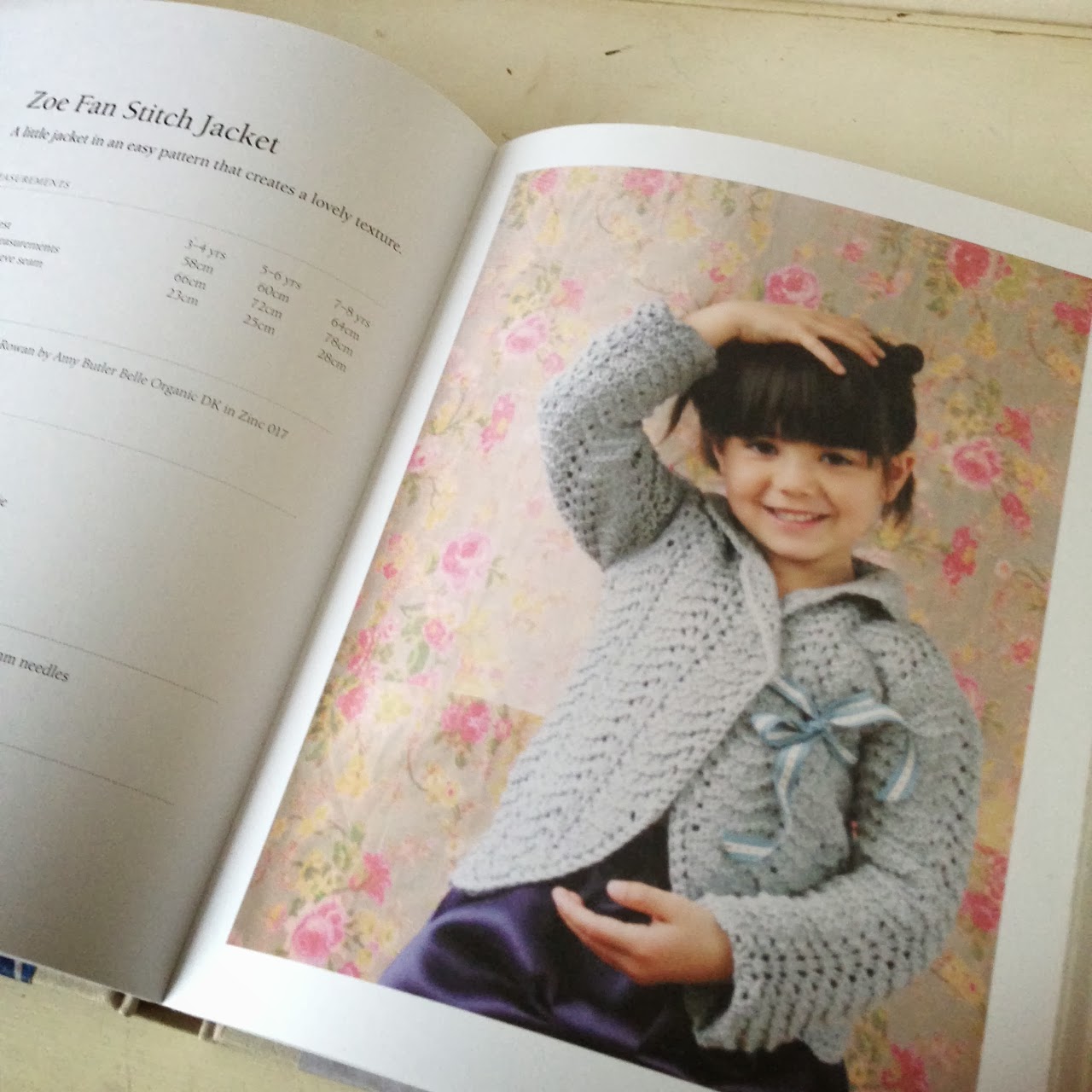 I'll cast on the second sock soon but this morning, I had my three year old niece and she asked if I'd knit her a blue cardigan, how could I say no!!!!!!!!!!!!! So I gave her the book Labour of Love by Vibe Ulrik Sondergaard, full of gorgeous little girl knits and she picked this one, the Zoe Fan Stitch Jacket. She's picked the yarn she wants so I'll cast that on tonight, because every time I see her, she'll ask if it's finished.

Check out Tami's blog for more WIP's this week.

Thanks for stopping by, have a great week.
xxxxDebxxxx

The sweater is looking AWESOME!!! Can't wait to see it all done! And sounds like you had a great weekend with hubby! I also like to read the book BEFORE the movie ... but then I usually get disappointed in the movie!! LOL!!

My goodness Debs you have been busy and what gorgeous makes. Like you I always love to read the books before the films and I am itching to read this one before I go and see the movie. Hope it is a good read and I will be following you to see if you enjoy it. Your little niece has such good taste, it obviously runs in the family. Have a lovely week Debs, lots of love
Dorothy
:-)xxxxxxxxxxxxx

Your lucky niece! And knitting that lovely sock pattern in front of the TV... wow! Lena

Beautiful pieces! And I love that sock pattern, so pretty!

It's all beautiful, but I especially love the look of the sock! Bet you can't wait to finish it.

Beautiful looking sweater! I really like the detail at the bottom. Great looking socks, too.

The sweater looks gorgeous! You chose such a great color too. We saw the trailer for the Railway Man last night and it looked really good.

I love the colour of your new cardigan. It makes me think of summer strawberries.

The sweater is beautiful! The color is amazing. I really love the sweater that your niece picked too!

Project eye candy as usual. I envy the wonderful jaunts thou go about with your hub.

I loved the description of your weekend. I could hear those waves crashing. Great cardigan.

The sweater is a work of art, I love the detail at the bottom. You are just so talented! The sock colours are gorgeous...and nothing like tapas and bubbly, I'm jealous! ;-) Chrissie x

Your weekend sounded wonderful. Love your sweater and your socks. I'm a sockaholic!

Your niece has style, what a nice choice. You have done really well with the KAL and those socks are so pretty.... I still can let myself make a pair!!

you are nearly done! Sleeves go fast for me most of the time. Lovely sweater :)

It's all looking beautiful and the cardi your niece choose is just gorgeous, have a good week
Clare x

beautiful sweater, the yarn is a gorgeous colour. Love your socks too

Your work is always so beautiful Deb - you are an inspiration! Sounds like you and Hubby had a lovely weekend - I also love to hear the power of the waves crashing - then follow up with something gentle and easy; we are so fortunate to have countless experiences available to us wherever we look, wherever we go!
I hope your week is working out to be a really good one! Hugs, Joy x

Your cardigan is coming along really well, it is good that you are enjoying it. I love how you always seem to have a pair of socks on the go, you must be one of the most prolific sock knitters there is, and you must also always have snuggly feet!! I am intrigued about the husbands secret book, I wish that I knew what happened! Hope that you have a good week. xx

Your knitting is always so gorgeous love the socks, might have to invest in a book of sock patterns myself :)

oooo.... Deb ...I am loving the sweater...gorgeous!!!! Can't wait to see it all done! And sounds like you had a great weekend with hubby! Me too I like to read the book first before watching the movie! But I know I will end up disappointed! he he... hugs....x

Lovely knits!! My you need them lately is so very cold now!

Oooh wow very fetching. Loving the pretty sweater and really loving that colour right now. Does it need a home?? Love your knits, you are so talented. Wishing you a happy weekend xoxo